Density is the ratio of the mass of a given amount of a substance to the volume occupied. Thus we have: density = M/V (M = Mass; V= Volume). Formally in the English system, which we still seem to cling to, the mass of water is measured in “slugs”. One slug of water on earth is about 32.2 lbs of water on earth or 0.51 cubic feet or 3.83 gallons. This makes Sir Isaac Newton happy because he said F= M x A (F= Force and A = Acceleration). So when we multiply 1 slug by the acceleration of gravity on earth (32.2 ft/sec2) we get 32.2 lbs of water. Multiply 1.94 slugs by 32.2 ft/sec2 and we get 62.4 lbs that we know to be the weight on earth of 1 cubic foot of water. We generally don’t use the formal definition of density for water but assume we are on Earth and actually use its weight density which we know to be 62.4 lbs/ ft3 or 8.34 lbs/gallon. Most people are content to refer to the density of water as 62.4 lbs/ft3 even though it isn’t formally correct.

This is the ratio of the density of a substance to some standard density. Typically we use water (on Earth) as our reference density. If something has a relative density of 2, for example it would weigh 124.8 lbs/ft3 (2 x 62.4 lbs/ft3 = 124.8 lbs/ft3 ) this term often comes up when we are doing buoyancy computations. The concrete in a concrete tank will have a Relative Density of 2.4 while the earth above the tank will have a Relative Density of 2.0. 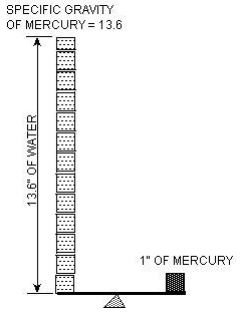 This is the resistance to the movement of one layer of fluid over an adjacent layer. It is a measure of a fluid’s resistance to shear stress. Viscosity plays a part in the “frictional head loss” we hear about in pipes. As the fluid moves down the pipe there is a constant shearing of the fluid along the boundary of the pipe and into the middle. One layer of the fluid is moving relative to another and friction causes a loss of energy.

This is the extra force molecules exert towards each other when they are at the boundary of the fluid. They can share their attraction with particles all around so they attract their neighbors on a plain with greater force. This results in a trampoline like effect that we know as surface tension. It is a weak force when compared to the forces of gravity or the large forces that result from moving water but, nonetheless, it is important because it gives rise to capillary movement of fluids in media. Evapo-traspiration beds depend upon it to allow water to rise close to the surface to evaporate without (hopefully) having the bed saturated to the surface. It is also important in soil dispersal of effluent where the “soil matrix potential” is related to capillarity. 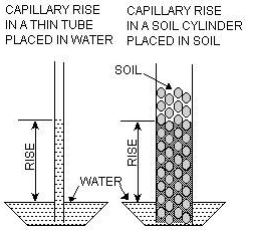 Generally we don’t have to worry about this with water (or most liquids) because water is almost incompressible as far as the systems we deal with are concerned. It is a somewhat important fact because it allows us to figure problems out which require keeping track of a given volume of water without having to adjust for its density change which would result if it was compressible. Air is compressible that is why you can put so much in a pressure container. The mass (and therefore the weight) is still there but it is occupying a smaller space so its density would be greater in the cylinder.

Please note that this information was adapted from the Northern Arizona University
Department of Civil and Environmental Engineering. 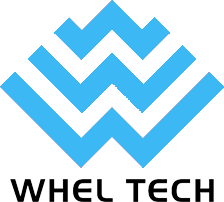